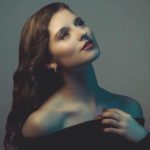 Shannon, previously a contestant on tv’s The Voice (and again this year we understand), performs a selection of popular music, including her own material.

Have a tequila sunset with tacos at Dalia Cocina!

Throughout her musical career, Shannon Kitchen has won the hearts of music lovers from all walks of life. In 2017 she appeared on BBC’s The Voice which has only intensified her passion for singing and desire to make it in music. No stranger to the stage, Shannon regularly performs for the elderly and people with learning difficulties earning her the admiration and affection from so many. More recently she branched out into the underground music world working on projects with respectable drum and bass producers Fred V and Grafix for Hospitality Records.