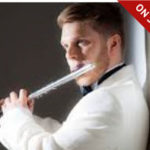 Saltford’s Chris Docherty is a professional freelance flute player and has recently worked as one of two Graduate Musicians in Residence at Millfield School. Chris is a graduate of the now Royal Birmingham Conservatoire where he studied flute and piccolo under renowned flute players including Diane Clarke and Andrew Lane amongst others. Chris has performed in orchestral concerts with the New English Concert Orchestra, appeared with the Walsall Symphony Orchestra performing Reinecke’s Concerto in D major for flute & orchestra, performed in recitals and masterclasses, and recorded his debut album Luci d’inverno.
As well as performing, Chris is an experienced flute teacher with some of his students performing in concerto concerts with professional orchestras and undertaking intense examinations. With places still available, Chris would welcome those who wish to learn the flute.
Tonight’s provisional Programme will include:
CPE Bach – Hamburger Sonata
Franz Doppler – Mazurka de Salon
J.S Bach – Sonata in E major
Camille Saint-Saens – Romanze
Frederic Chopin – Variations on a Theme by Rossini
https://www.chrisdocherty-flutist.com/ 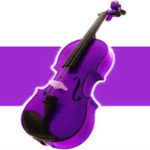 Picnic in the Park with Pimms and all the trimmings!

This year’s concert programme will be anounced shortly, but we all know what it will end with: flags will be available, and never was Land of Hope and Glory likely to be more poignant!

Tickets are required for reservation of seat in the Marquee: these are free and must be collected in advance.
While The Town Council Office is closed they are available from the Library on Mondays and Thursdays between 10 and 12 am, and at the same time on Market days