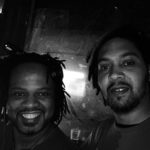 Stepping in last minute Mister Wilson is set to bring the stage to light when he takes you on a musical journey at this years #KeynshamFest! 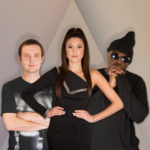 Josephine and the Artizans

London HipHopera band Josephine and the Artizans, are a group that fuses hip-hop with classical music. The 6-piece line-up consists of classical strings, heavy beats, operatic vocals and energetic rap.

Josephine founded the band to bring back classical music with a twist and make the genre more accessible to all.