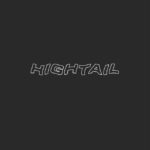 After performing at Keynsham Music Festival in 2018 under their old name of AS FEAR FADES, the band decided to rebrand & are returning to the festival as HIGHTAIL. The pop punks are making their debut under their new alias as a 5 piece. Playing songs that have been described as having “Emotional hard hitting lyrics, catchy & addictive melodies & heavy drums.”