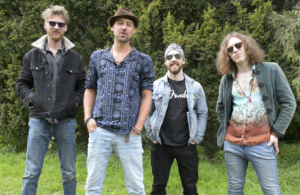 Da Fuchaman, born Zemroy Thomas, is a lively performer. Raised in Middle Buxton, St. Anne, Jamaica before moving to the UK in 2002, he has made a name for himself on the Reggae scene, having released 7 studio albums and 2 EPs. His music was featured on a viral video clocking up over 7,000,000 views worldwide. Along with his 8 piece ‘Fire Blaze’ band who debuted in 2018 he won ‘Best Musical Act’ (Swindon Fringe 2018) and Best Reggae Artist (MMG Awards 2018) and has been Artist of the month on BBC Radio (October 2018). Don’t miss it!